Branching out with Totara – an extended two minute tree break

Tree in your eye time! Enjoy a slightly longer two minutes with one of our most majestic native trees, Totara (Podocarpus totara), often referred to as true Totara in order to avoid confusion with Hall’s Totara, a much thinner-skinned, smaller species. The oldest Totara in the country is between 1400-1850 years old, longevity being a principal characteristic of Totara. This living specimen has been named, Pouakani, and grows near the Pureora Forest  at a magnificent 39m tall, with the trunk at breast height, a lordly 3.63m. To the first fork, the trunk is 10.36m. Despite this species’ ability to attain extraordinary dimensions, on exposed coastal sites a Totara might achieve only the height of a low spreading shrub.

Generally a lowland species, Totara is endemic throughout the country. It’s often found in lower sub-alpine and montane forest, but also regenerating on farmland from seed dispersed by birds. The fibrous dark brown bark is stringy and can be stripped from the tree in large sections without damage to the tree. 2cm long coriaceous sharply pointed leaves dissuade stock from browsing on the foliage.

In spring, wind disperses pollen. The male tree produces yellowish cone-like catkins, and in October and November the female generates 3.5mm green-turning-bright-red or orange fruit with a green seed connected to it. Between March and mid-May the seed matures and drops or is dispersed by kereru, bellbirds, tui, waxeyes, blackbirds, starlings, and thrushes. Fruit takes a year to mature and all stages of reproduction may be simultaneously found on a single tree. Fruiting is more abundant in some years.

For sites where height and longevity are desirable, Podocarpus totara is a robust iconic New Zealand spreading specimen tree. It is dioecious and grows fast to 4m within ten years to a maximum of 30m. The sapling is slender, but matures into an attractive robust tree which can be trimmed as hedging, or formed into effective shelter belts with stock-resistant foliage to the ground. While tolerant of dry conditions and seasonal drought, Totara will likely develop poor form and proportions on wet deprived soils, preferring young fertile ground for optimum development. Totara is light-seeking and will grow a single leader until it reaches the canopy and then spread.

Several cultivars for garden use include Podocarpus totara aureus, a spreading specimen with softer yellow-gold foliage. Aureus is dioecious and grows to 3m within ten years up to 10m. The foliage becomes more golden with exposure to sun. This hardy cultivar is drought and frost tolerant and makes great hedging and an ideal topiary subject.

Podocarpus totara matapouri blue, another popular cultivar, is a beautiful spreading specimen with softer rich blue glaucous foliage. It grows steadily to 3m within ten years to a maximum of 10m. It is hardy, drought and frost tolerant, and dioecious. This Totara cultivar also makes beautiful hedging and lends itself to topiary.

See our Pricelist for current prices and availability Totara magic and medicine for a few minutes more

Totara heartwood is accorded higher quality than Californian redwood, and for specific uses outshines kauri heartwood as well. Totara heartwood is the most naturally durable native timber in contact with the ground. It is borer resistant, and will retain full integrity indefinitely when used above ground. In salt water it retains integrity and is better equipped to fend off Teredo and shipworm than other native species. 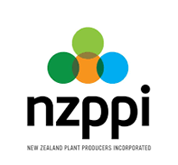